Unlike other pockets of the city that are dealing with gun violence, Kensington is also the epicenter of the heroin epidemic.
WPVI
By Christie Ileto and 6abc Digital Staff 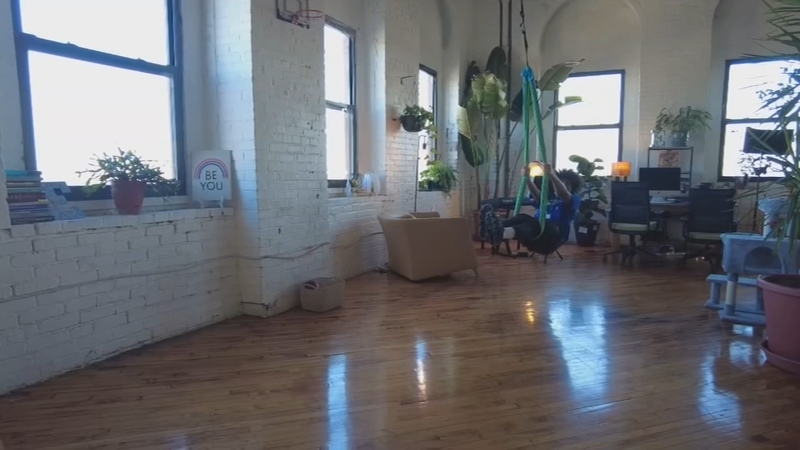 Local nonprofit aims to secure funding to keep their doors

PHILADELPHIA (WPVI) -- For some kids in Philadelphia's Kensington section, it's only a few times they have access to a meal, shower, or laundry, thanks to a local nonprofit.

But now, this group says it needs help finding a permanent home to keep its doors open.

"I come here because it's pretty relaxing," said Cazandra Escobar. "In Kensington, it's not safe."

For teens like Escobar, who come to the Equity Project, the program provides a safe haven from the violence and opioid epidemic playing out in their neighborhoods.

Unlike other pockets of the city that are dealing with gun violence, Kensington is also the epicenter of the heroin epidemic.

Founder Natalie Knochenhauer says that is why it's so necessary for these kids to have a safe space.

"If there's something stressful going on, you might go to a park," said Knochenhauer. "Unfortunately in Kensington, because it is the center of the opioid epidemic, that's where folks who are suffering from addiction are gathering."

Knochenhauer started the Equity Project in 2019. The pandemic forced her to scale back her skeleton staff to just her at times operating out of her Kensington home.

Grant money allowed her to open her space late last year, but she says they need a permanent home within the next six months.

"I am really hoping. The good news is we're very frugal," Knochenhauer said. "We know Kensington's problems are not going to be solved in six months, one year or two years. So having a space like this that counteracts what's going on outdoors is critical."

The program does not turn away any kids-- and most of the teens who attend heard about it word of mouth from their friends.

Knochenhauer says a total of 100-150 kids are being assisted through this program.